Jordan Elizabeth Ladd was born on January 14, 1975 in Los Angeles, California. Her career started at the age of two by appearing in commercials. She then started acting in television and film while still at school. She later acted professionally after high school.

Her first high-profile role came was in 1999’s Never Been Kissed. She later gained further attention for her role in 2002’s Cabin Fever. She also achieved fame for her work in 2007’s Hostel: Part II and Grindhouse. Other films include The Specials, Crazy Little Thing and Grace.

Has Jordan Ladd had Plastic Surgery?

If most women wanted bigger breasts to feel sexier and more confident, the Grindhouse star wanted the opposite. According to reports, the 39-year-old actress has undergone a breast reduction surgery. The procedure was allegedly done as Ladd’s personal preference and not for medical reasons.

There have been claims spreading that Ladd was not happy with her big breasts even as a teenager, prompting her to undergo an invasive operation at just the tender age of 16. Despite the ubiquity of breast implants in Hollywood, there are other women who don’t feel comfortable with their distinctively large cup size, feeling they’re a nuisance rather than an attractive feature. 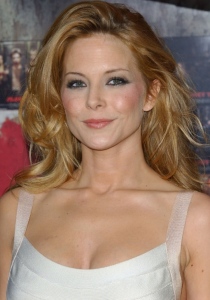