Chitrangada Singh was born on March 28, 1976 in Jodhpur, Rajasthan, India. Her career started in Delhi as a model appearing in ad campaigns for such companies as ICICI bank and Alukkas Jewellery. She then began working in music videos and her appearance in Abhijeet Bhattacharya’s music video led her to be cast in 2003’s Hazaaron Khwaishein Aisi.

Her role in Hazaaron Khwaishein Aisi earned her much acclaim, instantly making her a star. This was followed by such films as Kal: Yesterday and Tomorrow, Sorry Bhai! and Yeh Saali Zindagi, before making her first commercial success in 2011’s Desi Boyz.

Has Chitrangada Singh had Plastic Surgery?

Chitrangada Singh became a full-pledged star after her remarkable portrayal of Geeta Rao in Hazaaron Khwaishein Aisi, which was also her first film appearance. Despite taking a break from acting some time in the late 2000s, she still managed to maintain her popularity, proving that Singh’s charm and talent has a long-lasting effect on people. The 38-year-old star is also known for her natural beauty, untainted and unfamiliar with cosmetic procedures that other actresses in their late 30s opt to undergo to improve their looks and maintain their youth.

As for Singh’s case, she has managed to not only maintain prominence as an established actress but also for reaching her age without any cosmetic help. Motherhood did not also stop her from looking fabulous and most people admire her for maintaining her beauty and incredible figure all these years the natural way. Despite Bollywood’s newer and younger recruits of fresh faces, Chitrangada Singh is still considered a tough competition. 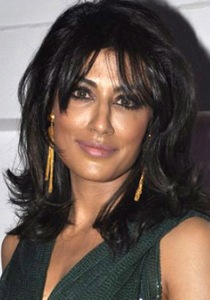